No particular food has been scientifically proven to stimulate the reproductive organs. However, the act of eating certain food might favor the mood and desire for love. Aphrodisiac food fall into these categories:

Here is a look at the most common aphrodisiac food and the science behind it: 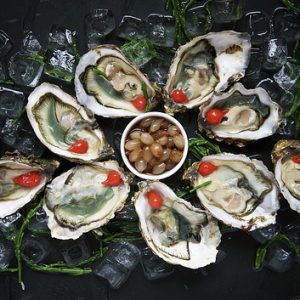 Stories tell that Giacomo Casanova, the famous 18th-century lover, used to eat 50 oysters every morning for breakfast to increase his sexual stamina.

Oysters are known for their aphrodisiac properties due to their high content of zinc.  A 3-ounce serving contains roughly 70 mg of zinc. The Recommended Dietary Allowance for men is 11 milligrams of zinc. It is an essential mineral for spermatogenesis (production of sperm) and it plays an important role in testicular development. Moreover, zinc is often added in fertility supplements for men that aim at increasing their sperm count and motility.

On the other hand, oysters naturally contain dopamine, a neurotransmitter that regulates brain activity and affects desire in both men and women. 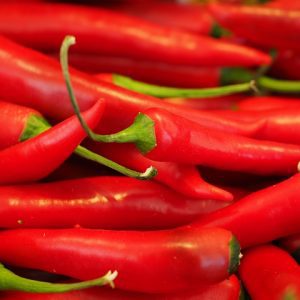 The bright red color of chili peppers might explain why some people consider it an aphrodisiac food.  However, let’s look at the scientific explanation. Hot peppers contain capsaicin whose effects on the body tend to mimic sexual arousal. In fact, they tend to speed up heart rate and increase sweating. They also release endorphins, which increase the feeling of pleasure. 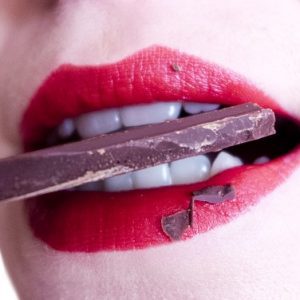 The Aztecs were the first to establish a link between chocolate and sexual desire. They believed that chocolate drink was medicinal, provided energy, and boosted sex drive. Lower class society used to get a taste of the “divine drink” on special occasions such as weddings. It was said that their emperor used to consume large amounts of cocoa beans before his romantic conquests.

Nonetheless, as mentioned previously, foods can stimulate the senses. Chocolate is delicious, smells wonderful and it melts at body temperature. Finishing a meal with a nice warm chocolate desert will complement well any Valentine’s Day menu. 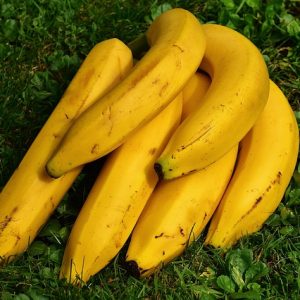 Obviously the shape of bananas connotes with the male genital organ which explains why it is classified as being an aphrodisiac food. However, bananas are a good source of potassium and B vitamins, which are essential to sexual hormone production. Nonetheless, eating a banana will not get you in the mood just because of it’s nutrient content !

To conclude, the list of aphrodisiac food is big and it is not limited to the food mentioned in this article. Whether it’s a myth or not, enjoying a delicious meal and having quality time with your loved one is what counts.