Coconut oil has been recently heavily marketed as being one of the best oils to use. From fat burning properties to increasing heart health, the internet is buzzing with articles on coconut oil’s health benefits. However, what’s the standpoint of science based research on all these claims? This article will give you a brief review on that.

What is coconut oil?

Coconut oil is made from pressed coconut. There are two kinds: unrefined or virgin coconut oil, and refined coconut oil which is the more processed form that is better for cooking at high temperatures. The main type of fat in it is called lauric acid, a saturated fat. It has been described as being a medium chain triglycerides (MCT). Don’t be afraid, I will not go in the chemistry details but the presence of MCT is what makes coconut oil different from other saturated fat food sources.

Proponents of coconut oil say that it may help your body burn fat rather than store it. The hypothesis is that MCT molecules are shorter in length. This makes their absorption by the body easier than other types of fat. Hence, they can be burned for immediate energy. However, true MCTs are usually liquid at room temperature and coconut oil as we know it is solid at room temperature. Therefore, it is scientifically wrong to say that coconut oil is composed mainly of MCT and that it offers the same health benefits of MCTs.

Very few studies have suggested that coconut oil supplement may slightly decrease waist circumference in obese adults but doesn’t lead to significant weight loss or improved body mass index (BMI). Moreover, one tablespoon contains 14 grams of fat and 117 calories. Consuming too much might end up giving extra calories that may cause weight gain. A more effective weight loss strategy would be to include balanced meals and to cut down on highly processed food. Combining that with exercise works even better.

The saturated fat content in coconut oil is higher than that in butter or even lard. A high intake of saturated fat is known to increase the bad LDL cholesterol. Conversely, the interesting part of coconut oil is that it also increases the good HDL cholesterol.  Still, is that sufficient enough to use it as the main oil in our kitchen? According to the American Heart Association saturated fats such as coconut oil, should be limited to a maximum of 10% of calories as they can increase the risk of heart disease.

Aiming to eat a variety of nutritious food such as fruits and vegetables, whole grains, low fat dairy products and lean meats will surely enhance your heart health. This would be better than focusing on one single food item.

To conclude, much of the evidence that portrays coconut oil as being “super healthy” are not convincing and do not arise from clinical evidence. It has a wonderful taste and if you are planning on using it to flavor your dish occasionally, why not! However, I wouldn’t recommend replacing olive oil or other unsaturated fat with it. Unsaturated fat like olive oil, when consumed in moderation have a beneficial effect on your heart. They can lower the bad LDL cholesterol and increase the good HDL cholesterol. 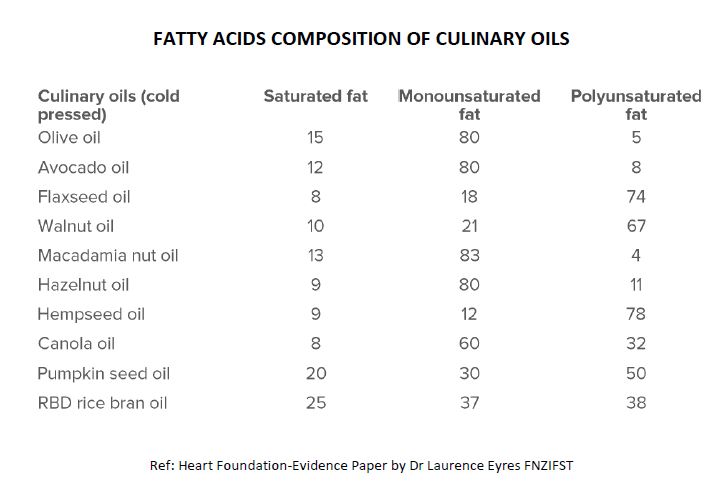